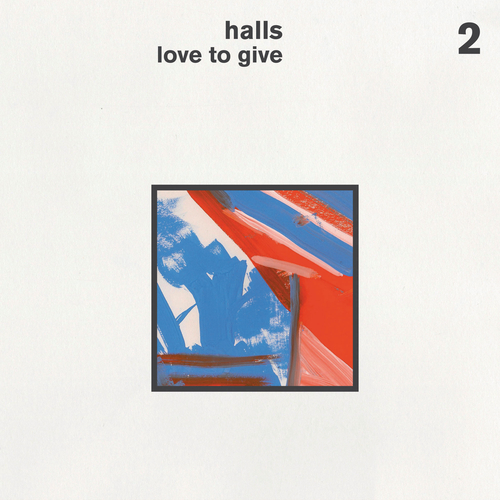 Love to Give (Extended Version)

Halls - Love to Give (Extended Version)

A long twelve months later - after rapt reviews and a stint modelling for Hedi Slimane in Paris - Howard’s second album is here, and the changes are marked.

“This is an album about opening up. Ark is the cold album, closed-off, obscure and confusing. I obscured lyrics and hid behind reverb and mumbling. For this album I wanted to reach out more. In some ways it is darker than Ark. I feel that I struggle to connect with a lot of people and I want to connect somehow. Love to Give is about opening up and becoming more of a human being.”

In his new work, Howard has replaced apprehension and doubt with a muted hope, and just as the sentiment has shifted, as too the compositions and arrangements have moved into the real world. Ark’s electronic templates have ceded to - as Howard says - “embrace the sound of human beings”, and the instrumental palate has widened: brass, tuned percussion, woodwinds, and organs now flesh out the tracks, with digital percussion only used for texture rather than structure. Much was recorded in a theatre in London’s Woolwich, with Howard’s vocals recorded naturally in the large main hall, and passing traffic and street noise can be heard faintly throughout the album.

Opening track ‘Love To Give’ builds from hymnal acoustic reverie to a wall-of-noise breakdown, before ending on a military brass finale; the seven minute centrepiece ‘Aria’ leads with a solo xylophone into interweaving Kraut percussion and strings lines; ‘Forelsket’ contains a freeform pitch-shifted saxophone, evoking Sun Ra alongside a Justin Vernon vocal line and symphonic swells; and closer ‘Body Eraser / Avalanche’ ends the album on a few minutes of haunting ambience.

The album is not a clean listen; lyrics and vocal melodies are still lost occasionally to the music, creating an hazy, sometimes impenetrable aura, and even the direct, sparser guitar-and-voice-tracks ‘Aside’ or ‘You Must Learn To Live Again’ rely on a heavy atmosphere rather than narrative. Instead of relying on clearer melodic control, what is more apparent is the growth in Howard’s compositions - his ability to breathe life in to sentiments of cold confusion and loss across dense, shifting arrangements.