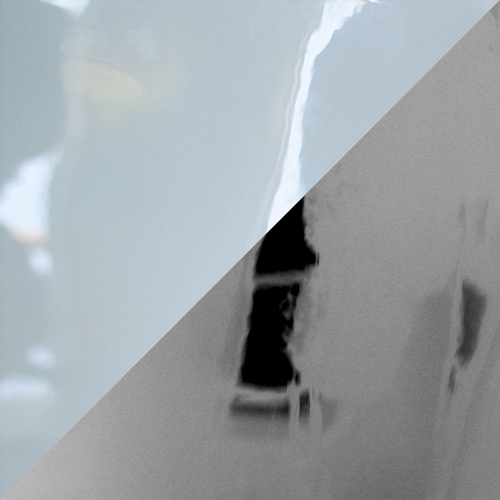 Jire is the project of 20 year old South London composer and producer Nathan Geyer.
New EP Zang is a departure from the abstract minimalist compositions of debut EP Kiowa Polytope, released through No Pain In Pop at the end of 2014.
Instead it is a hard hitting set of industrial weighted electronic constructions, focusing more on digital synthesis and tough rhythmic structures than ambiance and found sounds, and places the producer firmly among such forward-thinking contemporaries as Boothroyd, Helm and Russell Haswell.
Here the title track is an enveloping, apocalyptic assault of kicks, noise and mechanical reverberations; the heavy sub club-deconstruction of ’Sttttreams’ only lets up for a brief nursery rhyme interlude; and the beautifully textured concréte of ‘C_Temple’ and ’47 Reflections’ sound like the slow implosions of a supercomputer.
The artwork and video produced for the EP attempt to capture the frenetic juxtaposition of digital clarity and chaos-inducing audio processing by which the music was composed. There are direct translations between the audio and visual elements; reciprocating gestures of reflection, distortion and diffusion in their production and aesthetic to create a unified multimedia embodiment of Zang.