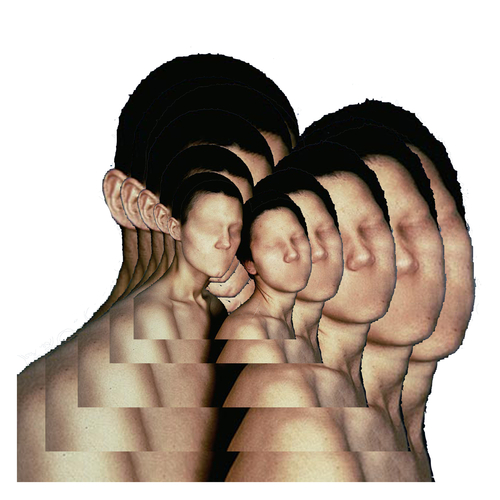 http://en.wikipedia.org/wiki/Doldrums:
"When the winds are gone the sea actually has no swells, on a clear day the color of the sky is reflected in the water.
At night the same effect, with no clouds or moon, gives you the effect of floating in space."

Doldrums is a musical venture produced by Canadian artist Eric Woodhead. As a part of a larger community reacting to overhype, the plasticity of modern youth culture and it's ultimately alienating nature, his music deals with the loss of the individual in an increasingly altruistic society. Doldrums' music reflects this societal change on a personal level, as a member of the last generation to remember life pre-internet and 24 hour status updates. His androgynous voice comes across mid-panic attack, floating in a sea of chopped up samples, disembodied vocals and tribal percussion. Spearing between electro-hallucinogenic freak outs and languid nostalgia, his tracks somehow manage to elevate classic pop melodies above a sample saturated sound collage.

The project began in 2010 by posting videos and designing websites by fictional bands under a variety of different band pseudonyms, 'Doldrums' being one of them, the name taken from a favorite children's book, Norton Juster 's 'The Phantom Tollbooth". He gained notoriety in his native Toronto through performances at Everlasting Super Joy, his studio and DIY venue, as well as involvement in flash parties in abandoned spaces. The year also saw the release of a number of 7"s including a split with DD/MM/YYYY and a VHS mixtape of his own music videos. Though now based out of Montreal his sound and attitude screams Toronto, where artists like Skrillax, Crystal Castles and Fucked Up are known for challenging existing ideologies about format and genre.

In 2011, after hearing his interpretation of their song 'Chase the Tear', Portishead announced they would release his song as the b-side to their single. At the same time, new tracks fell into the hands of cult London indie label No Pain In Pop, and were quickly confirmed for release as 'Empire Sound', his debut EP. The tracks are varied: combining the beautiful boudoir pop of contemporaries Atlas Sound, Panda Bear or How To Dress Well with Doldrums' own enthralling post-punk magpie tendencies, 'Endless Winter' hangs a widescreen chorus over a dewy eyed, sample-heavy backing; 'Tantrum', frazzled and scattered yet perfectly in tune with itself, is the perfect foil for Woodhead's tenor voice, and 'Lost In My Head', with its prominent use of Eric's 'voice organ', stands as a frighteningly accurate self-diagnosis of his work as a whole—chaotic and yet inherently spectacular, a whole world for listeners to explore.

Doldrums' music is mostly influenced by friends such as DD/MM/YYYY and recent tourmate Grimes, and the references he makes to pop culture have a placed artificiality and unfamiliarity to them. Doldrums is emotionally vindicating sonic exploration—a fractured mirror image of what our post-internet culture has become.